Shopping Cart
Your Cart is Empty
Quantity:
Subtotal
Taxes
Shipping
Total
There was an error with PayPalClick here to try again

Thank you for your business!You should be receiving an order confirmation from Paypal shortly.Exit Shopping Cart

At Babiez n More you can find affordable clothing for your growing bump.

Get parenting tools and pregnant clothes and other baby stuff 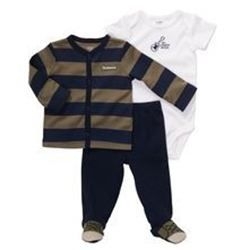 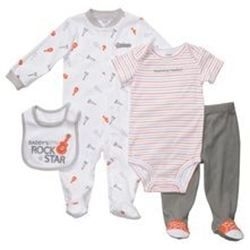 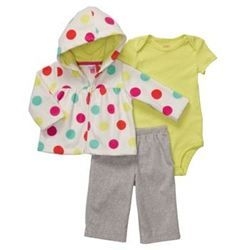 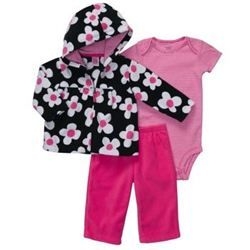 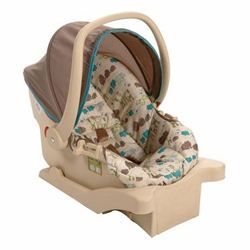 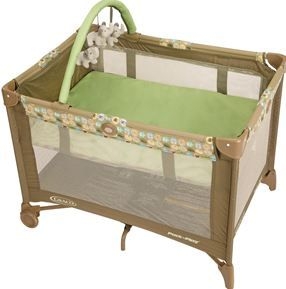 Babiez n more sheer excitement of getting a baby prompts everyone to pay lavishly on baby clothes for the new arrival but the fun is short lived as even the costliest of clothes become small to the fast-growing baby in a few months' time. The child may have worn these expensive clothes once or twice before it outgrows them and then it's the perfect time for shopping for baby clothes again.

You can make your life easier if you buy baby clothes that are easy to wear. You will not have to struggle when you try to put the clothes on your baby and there will be less wear and tear also. Moreover, you need to avoid shopping for baby clothes which are in many pieces and have to be buttoned from behind or pulled over the head.

You should opt for baby clothes which are made in a single piece and are open from the front and also have snap buttons or zippers. This can make life easier for mothers who might just have recovered from pregnancy complications.

There is no harm in accepting old clothes from friends and relatives. Mostly these clothes are in very good condition, having been used very scarcely since the child might not have gotten the opportunity to wear them.

Babiez n more knows how hard it is to find very nice affordable clothes for your baby; it is also very difficult to find clothes especially for pregnant moms. Babiez n More is here to provide you with all the items mom and baby will need. If we don't have it we'll source it for you.

Babieznmore.com has a wide variety of baby clothes from Carters, Osh Kosh, Baby Gap, Old Navy and lots more. We also cater to pregnant moms with a wide range of items starting from clothes to toiletries.

Babiez n more thinks that having a baby is the most amazing thing. You leave for the hospital as a couple and return home a family. From lovers to parents overnight. So where does that leave your marriage?

All too often, studies find, out in the cold. "I think couples underestimate how hard the to parenthood in their own relationship is," says Marc Schulz, PhD, director of the Clinical Developmental Psychology Program, Bryn Mawr College, PA. Dr. Schulz studies marriage after childbirth. What he and others find is that the post-child marriage isn't all cozy cooing over a smiling newborn. Instead, becoming parents is one of a couple's most difficult adjustments and plays a major role in the high rate of divorce that occurs during the first seven years of marriage.

Basically, studies find that marital satisfaction plummets during the first year after parenthood in 45 percent of men and 58 percent of women, increasing in just 18 percent of couples. How that drop affects the relationship in the long term, however, depends on the strength of the marriage pre-baby. "Couples that were having difficulties before the birth are at the greatest risk for divorce and for real significant problems," Dr. Schulz says, even though couples who were quite happy pre-baby still experience a steep drop in satisfaction during the child's first year.

However,babieznMore.com and others also find that it might be possible to "inoculate" new parents against marital problems. In one study, Dr. Schulz and his colleagues assigned a group of expectant couples to meet with a trained counselor two hours a week for three months before and after their babies were due and compared the results with a that didn't meet with a counselor.

The parents that met with the counselor focused on issues that typically cause problems in the postpartum period: gender roles ("Will he ever change a diaper?"); sense of identity ("I used to be a high-powered lawyer. Now all I do is breastfeed!") and on changing work roles ("Here's your allowance, dear."). They talked about how the family's social life might change and how the families in which couples grew up would shape their own experiences as parents.

Nearly six years after the couples had their babies, those who received the intervention have had no drop in marital satisfaction; the control group showed the typical decline beginning after the birth.